DVD cover description A raw and authentic look into the Los Angeles crime scene, Season Two of SOUTHLAND goes even further inside the lives of cops, criminals, victims and their families. Hardened LAPD veteran John Cooper is partnered with rookie officer Ben Sherman – an on-the-job training that only reinforces the reality that being out on the field is nothing like his preparation at the Academy. Detective Lydia Adams must balance her hardened professional life with a more nurturing one at home. Detective “Sal” Salinger oversees the activities of fellow gang detectives, Nate Moretta and Sammy Bryant. While Chickie Brown works to become the first female member of SWAT. Together, they try to maintain order on the streets of Los Angeles – and within themselves. At the dramatic conclusion of season one, Lydia's partner is shot. As he struggles to survive, Lydia must reluctantly find a new partner. And new challenges, personal and professional, await the law-men and law-women of SOUTHLAND in Season Two. 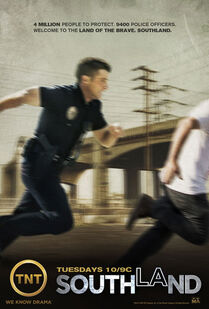 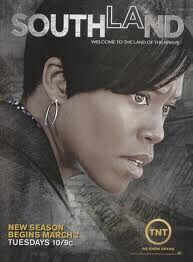