The third season of the crime drama SOUTHLAND premiered on TNT on January 4, 2011 and ended on March 8, 2011. The season consists of ten episodes. It was released on Region 1 DVD on February 5, 2013 along with Season Four. 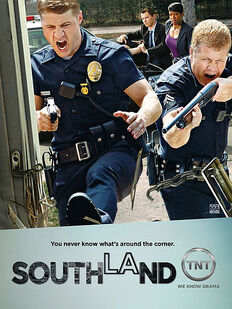 Season Three poster 2
Add a photo to this gallery
Retrieved from "https://southland.fandom.com/wiki/Season_Three?oldid=5014"
Community content is available under CC-BY-SA unless otherwise noted.