On October 8, 2009, NBC announced that they were not resuming Southland for a second season. This series had already received offers from TNT to pick up another second season and six episodes on November 2, 2009.

DVD cover description From Emmy Award winners John Wells, Ann Biderman and Chris Chulack comes a raw and authentic look at the police unit in Los Angeles. From the beaches of Malibu to the streets of East LA, Southland is a fast-moving drama that will take you inside the lives of cops, criminals, victims and their families.

Average ratings of the season obtained by new episodes at NBC. 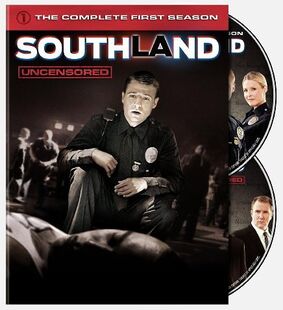 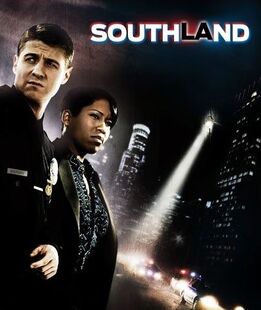 Alternate S1 poster
Add a photo to this gallery
Retrieved from "https://southland.fandom.com/wiki/Season_One?oldid=5012"
Community content is available under CC-BY-SA unless otherwise noted.