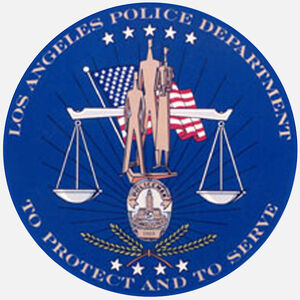 The first paid police force was created in 1869, when six officers were hired to serve under City Marshal William C. Warren. Warren was shot by one of his deputies in 1876 in a quarrel over a reward. To replace Warren, the newly created Board of Police Commissioners selected Jacob F. Gerkens. The latter was replaced within a year by saloon owner Emil Harris, the second of fifteen police chiefs from 1876 to 1889.

The first chief to remain in office for any time was John M. Glass; appointed in 1889, he served for eleven years and was a driving force for increased professionalism in the force. By 1900 there were 70 officers, one for every 1,500 people; in 1903, with the start of the Civil Service, this force was increased to 200, although training was not introduced until 1916. The rapid turnover of chiefs was renewed in the 1900s as the office became increasingly politicized; from 1900 to 1923 there were sixteen different chiefs.

During World War I the force became involved with federal offenses, and much of the force was organized into a special Home Guard. In the postwar period, the department became highly corrupt along with much of the city government; this state lasted until the late 1930s. Two police chiefs did work within a mandate for anti-corruption and reform: August Vollmer laid the ground for future improvements but served for only a single year. James E. Davis served from April 1, 1926 - December 29, 1929 and from August 10, 1933 - November 18, 1938; in his first term he fired almost a fifth of the force for bad conduct, and instituted extended firearms training and also the dragnet system. In his second term Davis instituted a Red Squad to attack Communists and their offices.

In 1938, the city gained a reformist mayor in Fletcher Bowron, who forced dozens of city commissioners out, as well as more than 45 LAPD officers. Bowron also appointed the first African American and the first woman to the Police Commission. The modernizer Arthur C. Hohmann was made chief in 1939 and resigned in 1941 after a strike at the North American Aviation plant in Inglewood, in which he refused to use the LAPD as strikebreakers.

During World War II, under Police Chief Clemence B. Horrall, the force was heavily depleted by the demands of the armed forces; new recruits were given only six weeks training (twelve was normal). Despite the attempts to maintain numbers the police could do little to control the 1943 Zoot Suit Riots. Among the department's more notorious cases of the Horrall years was the January 15, 1947 murder of Elizabeth Short, known as the Black Dahlia. Horrall and Assistant Chief Joe Reed resigned in 1949 under threat of a grand jury investigation related to the Brenda Allen scandal, but not before they took a very enduring action: to approve a radio show about the LAPD titled Dragnet.

In 1950 was chosen William H. Parker as Police Chief, an advocate for police professionalism and autonomy from civilian administration, especially as concerns internal affairs, moreso when the Bloody Christmas scandal in 1951 led to calls for civilian accountability and an end to police brutality. The most serious challenge in this period was the 1965 Watts Riots following accusations of mistreatment and police brutality toward minority communities by the City and the LAPD. Parker served until his death in 1966 from a heart attack, the longest period in office of any Chief. The motto To Protect and to Serve was introduced in 1955 and during this period the LAPD set its standards of professionalism.

The outspoken Edward M. Davis became chief in 1969 after several interims, and introduced a number of modern programs aimed at community policing, special street gang control units, as well as the SWAT unit in1972; he retired in 1978.

Retrieved from "https://southland.fandom.com/wiki/Los_Angeles_Police_Department?oldid=4418"
Community content is available under CC-BY-SA unless otherwise noted.